Yeah everything is in place and not a single complaint, yeah right ya wish! But Diabetes is no hokey thing as it picks its organs and begins the process of deteriorating and castigating the ones who don’t listen wholeheartedly! Case in point? ME. The eyes have it ya heard it all before well if not careful so do you. Moral of the story, I should pay more attention to this shit cause it’s not funny jajaja!😀😥🤬🥰🐕👪🤽‍♂️🚵‍♂️

Your Choice Is First Ladies!

As of today, 45 will return to his native city to address the United Nations as to North Korea’s threat to the Free World as it launches missiles left and right of its territory. As we all know, “Boys will be boys.” That in my humble opinion is the crisis we face today. 45 and “Rocketboy” as far as we seen have small hands and are too overly preoccupied with their “manhood” and their show of false bravado are nothing more than hamming it up for public consumption. All this talk of war is nothing more than Madison Avenue being used to confuse the masses as the Big 3: Russia, China and the U.S.A. continue to manipulate and run this farce we call global politics. Go on with your lives and continue to love your families. 45 is a gasbag who would make a great cushion along with Rocketboy to sit on, but it would blow wind, you know? “Wind” like gas, passed.

2020 has been a tumultuous year with so many natural disasters, floods, wildfires and earthquakes. We have seen so many tornadoes ripping through the plains and Midwest that at times we must ask how is possible that we survive it all. However we beg to consider that the biggest disaster has been the Trump presidency. At the outset with customary flair, pomp and circumstance, Mr. Trump began his re-election campaign the same day he assumed the office. Filled with bravado and hubris he has run roughshod all over this nation and the world. All the autocrats belong to a mutual admiration society with Trump and Putin leading the pack.

Mr. Trump is a wolf and we know what we will be getting from this guy. Joseph Biden is a wily fox,so his stealth hides the truth also. However, here is the truth of the matter. Two elderly white men are the candidates for the position of leader of the free world. Bernie Sanders was the other potential candidate for the presidency. Imagine as John Lennon would say, Really? Two old white guys with checkered pasts and foreign connections which deserve investigation. One beholden to China and the other to Russia. One other thing about these two, they are the dregs of the status quo which refuses to change and allow for progress to truly flourish. Economic disparities will continue as well as race baiting and divide and conquer, that good old boy is here to stay! Forever it seems and Trump is a crass practitioner with his filter-less self. Joe Biden is a forgetful old man with limited intellectual abilities. A family man and the scion of a dysfunctional family rarely seen in its naked nepotism and corrupt behavior. The son, Hunter is a craven ghoul of a man, seducing his late brother’s wife and then dumping her. What does that say about Daddy? With Trump we know that he is about making money from the office. So far so good but Covid19  is a new animal that has never been seen before.

Mr. Trump may say that he is doing a great job. He is not! But can we trust Biden?

We are going to have to trust him because we cannot put up with four more years of Team Trump. Period! Good bye sir, go back to Mar-A-Lago!

The first time we came into contact I was 6 years old and it was Christmas Eve; Papa had concocted some kind of mix. A cocktail, I guess, but then Chacho, Joselito, Baita, Lito and Genaro carried me more like a ragdoll or Wizard of Oz scarecrow but I will never forget on la calle Duarte ending my courtship with my bride as my bowels spewed forth and my struggle with being began and it continues; as life is a journey undetermined by our daily to and fro but definitely shaped by our childhood experiences. To gaze into one’s eyes is a rare chance to peer the soul in its essence but to know the childhood of a perdon is a window fit for Soho loft and not some cramped quarters on Delancey street.
Alcohol is 😂, fun and a huge headache that breaks up families and causes eddies, whirlpools and just bad shit to take place.p> 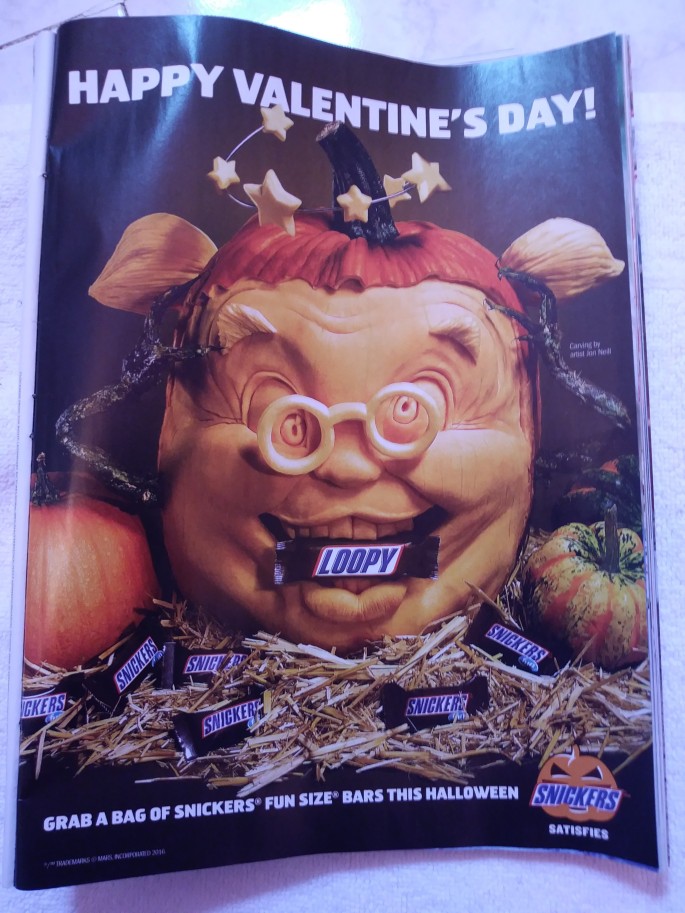 In the file cabinet which is life we organize all pertinent dates, photos and memories. But too often fail to list that which lies in some closet. Too dark and sordid, like some dirty family secret too painful to reveal or admit. Quagmired in a cesspool of transgressions, the closet, warm and dark cushions the fear so great and dire; too overcome by sweat and fatigue his neurons fire at the speed of a butter knife, smoothly but failing to land the final thrust. And in the morning, the closet opens revealing truths too hard to fathom. And as he reaches for the files, tears well in the sockets translucently marring clarity, focus and that new beginning sure to arrive but until then, the closet will do and the file cabinet too.

The NCAA is such crap, they and the schools all rack up but the young athletes get screwed. Get a pizza and your career is through. Most of the players are black and blue; and most don’t make it to the pros. Messed up knees, ankles and concussive syndrome just in the back.
These young people deserve to be paid and listen that’s just my say.

This subject is of particular interest to me as a simple layman, a dilettante if you will of criminal psychology and all the causes and effects that bring about this type of behavior. Racism if you follow my thinking is this: the power to effect change and cause one’s life to be adversely affected due to another’s inherent insensibilities towards those deemed inferior due to race, religion, ethnicity, gender or creed. Throughout history we have seen these insensibilities in action; in America, chattel slavery; in Russia, pogroms and in Pol Pot’s Cambodia, Trujillo’s Dominican Republic and Turkey’s systemic annihilation of Armenians; examples of genocidal eradication of those deemed less worthy. Honestly when we look throughout history, human life is not that important as we kill and maim each other with a regularity that verges on the obsessive compulsive disorders that plague present society nowadays. Add to that the rates of murders that are committed daily in the streets of the United States, a nation that we all would like to believe is safe to inhabit. However, if you are still reading this blog then I will proceed to posit some possibilities as to why we are suffering from these seemingly un-checked problems where people seem unhinged and commit crimes that only leave us bereft and questioning the whys and what to dos.

I remember back in the late 80’s and early nineties my students kept talking about the 50 cents sodas, Tropical Delight or some name derived thereof, which they were told as some urban legend that the sodas contained chemicals meant to destroy Black men and their semen. What if I tell you that probably it was TRUE!

Think about the possibility that the water is tainted on purpose to cause damage and bring about criminality. Let’s say that lead and manganese are added on purpose to cause CRIMINALITY. Again hear me out. Reports lately have indicated that milk is tainted not only with chemicals but radiation from nuclear plants like Indian Point which is then sold in poor communities. Why not? Do you believe the milk produced in New York State’s dairies are just dumped into the ground?

I believe that there are environmental factors that are causing poor people to act not only irrationally but also criminally. Her I will bring back my original point: Racism is about power; well who controls public policy and decides where these water treatment facilities go? Look at the agreement made in West Harlem; Riverbank was built on top to appease the Black community while the powers that be got a place where they can direct the flow of the shit and the water it produces. Who drinks the water produced in Riverbank? The people of Harlem do! Another thing that I noticed on my travels throughout the Bronx, Westchester County and New York City proper, is that drinks such as malt liquor are not found everywhere. Actually they are very hard to find in affluent neighborhoods based on my studies. Again, I am a dilettante of a sort but as I grew up in the Heights I have known many quiet types, angry ones and outright boisterous dudes that tell or don’t tell about their crimes. But I believe that there IS something in the 50 cent sodas and also there is in my opinion chemicals like lead and manganese that I post are probably inside these masters of destruction. A drink meant to fug up the senses of normally sensible human beings whom on the weekends transform into ghouls that easily maim and hurt each other. WHY? Chemicals in the water and in the milk and food supply. It was done with the Natives when smallpox laden blankets where distributed during the harsh winters of the 18th and 19th centuries.

I don’t mean to sound like a crackpot or conspiracy theorist as I am neither but if you look at the nefarious inderside of American lore you will clearly see that what I propose is neither harebrained or off-base. I think my theory holds some weight and if you disagree, well let me leave you with a final thought.

At the start of this post I tried to explain what I believe racism is: power over another person when it comes time to offer equal opportunities. Me, I could never, ever be a racist as I have no power to hire or fire anyone and if you know any American history most of the time in this nation Black people and others deemed “minorities” have had no power whatsoever: that’s racism. Prejudice? Everyone I know is prejudicial as that is part of the human experience since we all do it in one way or another. If someone says to me, “I am not prejudicial,” I would just laugh out loud and keep walking.

However as to what is causing all this criminal behavior I would ask for a look into the water and the other items I mentioned before. I am not a scientist but I believe these questions need to be raised and looked into.

Mental health issues are too often kept hidden under rugs, closets and people’s heads. It is so sad to read about a young mother choosing suicide while leaving two young children behind. We must ask these questions, especially when someone seems successful and well grounded. It just shakes the apple tree because if she chose death over living, how about the normalJanesand Joes who struggle daily to get by. It is sad and most troubling but I guess for some it’s too much work and the demons inside win and we are left to ponder.